Fighting for every child to never stand alone in juvenile court

Every day, children across America face charges in juvenile court without a lawyer by their side explaining to them what is happening on their case, strategizing with them, and zealously defending their rights. Children’s access to a lawyer is not only constitutionally mandated, but it is critical in unlocking all the rights that children are entitled to in juvenile court. The U.S. Supreme Court held that all children facing juvenile court must have “the guiding hand of counsel at every step in the proceedings.” The Supreme Court reasoned that without a lawyer standing by the child to enforce the child’s rights, the legal protections afforded to the child are essentially meaningless. However, the Gault Center has uncovered that children face charges in juvenile court defenseless far too many times for a variety of reasons, from the lack of specialized and autonomous youth defense delivery systems to juvenile court cultures that undermine the role of a defense attorney.

Having a defender goes far beyond protecting and enforcing children’s legal rights—defenders play a critical role in fighting against implicit racial bias and dismantling structural racism within a system that disproportionately punishes Black, Latino/a, and Native/Indigenous youth. Defenders give voice to the trauma and strengths of a young person, and they zealously fight to humanize their clients to lessen the harms of the juvenile court system as much as possible. Thus, it is vital for all children in juvenile court to have meaningful access to a lawyer. What You Need To Know

In 1967, the U.S. Supreme Court in In re Gault secured for the first time essential due process rights for all children facing juvenile court, including the fundamental right to a lawyer. The Supreme Court mandated that states guarantee this critical right for all children under the Fourteenth Amendment, recognizing that the right to counsel is essential to a fair trial, especially for children.

Essential within the right to counsel is the right to effective assistance of counsel. Following Gault, the U.S. Supreme Court clarified that the fundamental right to counsel cannot be satisfied by mere appointment of counsel, but rather due process demands that defense counsel engage in a “meaningful adversarial testing” of the prosecution’s case. Accordingly, all children facing juvenile court are entitled to a zealous advocate defending their interests and fighting for their rights.

The Department of Justice issued a Statement of Interest in a civil lawsuit, N.P. v. Georgia, and asserted the critical importance of children having access to qualified counsel. The DOJ noted that the right to counsel is fundamental, especially for children, where the hallmarks of adolescent development heighten both their need and dependence on the “guiding hand of counsel.” Accordingly, the DOJ explained that young people must be zealously represented by skilled counsel—meaning that counsel must have enough time and resources, adequate training, and specialization in defending youth to provide competent representation.

Reimagining High-Quality Representation of Youth in Contract and Appointed Counsel Systems. The report examines the fragmented state of the delivery of youth defense across the country and how it contributes to children experiencing a wide array of appointed lawyers. To ensure that all children have access to a qualified and zealous attorney, the report identifies key components of creating an effective appointed counsel and contract system.

The key components outlined below can be applied to any contract, appointment, or assignment mechanism that governs non-public defenders assigned to represent children in delinquency court:

In May 2017, the Gault Center released a report titled Access Denied: A National Snapshot of States’ Failure to Protect Children’s Right to Counsel, which revealed that nearly every state falls short of its constitutional obligation to provide effective lawyers for youth. Based on statutory analysis and interviews with youth defenders in every state, the Snapshot exposes gaps in procedural protections for children—gaps that perpetuate the over-criminalization of youth, racial and economic disparities, and the fracturing of families and communities.

The Snapshot explores five fundamental barriers to access to counsel for children:

In November 2016, the Gault Center released a report titled Defend Children: A Blueprint for Effective Juvenile Defender Services, which detailed how children are arrested, prosecuted, and too often incarcerated without attorneys at their side. The report highlights how Black, Latino/a, and Native/Indigenous youth are disproportionately swept into a system that criminalizes normative childhood behavior and deliberately withholds rights and protections that children not only deserve but are constitutionally entitled to receive. The report emphasizes that the most vulnerable children are the least likely to have effective attorneys in juvenile courtrooms.

What Can You Do?

Ensuring that every child facing juvenile court has a qualified and effective lawyer to fight on their behalf is critical in protecting and upholding children’s constitutional rights. Below are ways you can connect and engage with the youth defense community to develop strategies around upholding uniform access to counsel for all children in the United States.

In this piece, HyeJi speaks directly to adolescents, to provide young people with empowering information to make change.

Advocating for children to be treated like children What’s At Stake Children are different than adults. Despite this self-evident truth,…

How to celebrate the Gaultiversary

This is not a drill. May 15 is Gault Day! Mark your calendars.   Passover brings matzah, the Eid new… 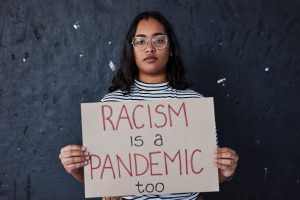 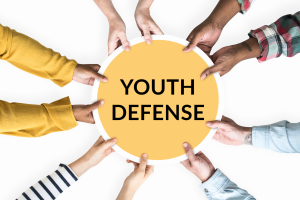 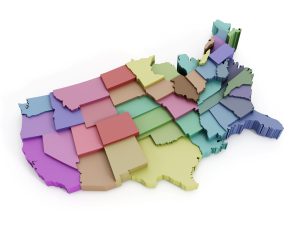